The First Summer School Academy “Andrić” has been successfully finished In the Andrić Institute in a complex of Andrićgrad, with awarding a prize for the best essay on “The First Tenants of Andrićgrad” has been finished “The First Summer School” for 50 students from nine universities from Republic of Srpska and Serbia where they study Serbian language and literature.

The organizer of this educational seminar was the Dean of Faculty of Philology of The University in Belgrade, Aleksandra Vraneš, said that thanks to the Andrić Institute in Andrićgrad, the content of “Summer School” for students was well designed with a multi-faceted approach to the theme “The First World War and Literature” and the participants had the opportunity to watch films at the cinema “Dolly Bell” on the same subject.

“The lectures were well received by the students so that the” Summer School “shows its full justification and necessity in our society. I believe that the noble thought of Professor Emir Kusturica to form the Andrić Institute in the heart of this beautiful town to become a unifying place for sciences of Republic of Srpska and Serbia, “said Professor Vraneš.

On the last day of “Summer School” lecture was given by Professor ofSerbian literature of the 20th century, literary critic and head of the University Library in Belgrade – Aleksandar Jerkov. Evaluating the work of the Academy “Andric”, he said that students from all Serbian universities at which they study Serbian language and literature, are premium audience and at the same time they are our investment in our future. “It’s about smart young people, who are totally committed to our culture and to see them together at one source, where they are able to learn about Andrić’s work and exchanged knowledge with one another, and above all to learn about the care that is shown here, not only in Andrić’s work, but also of our entire cultural and historical memory, deserves the highest marks and the highest praise, “said Professor Jerkov.

About complex of Andrićgrad, he said that everyone can now percieve the whole of this extraordinary project and also see what is achieved here for a short time. “Especially we need to be happy and satisfied because all this has immediately founded its purpose, because Andrićgrad is not just a tourist stop but much more, it is a place of intellectual and spiritual life, not only of this region but the whole Serbian culture and its relationship with others” said Jerkov in his address to the media.

The other lecturers, professors from Philological and Philosophical Faculties in Banja Luka, Belgrade and Novi Sad, who took part in this “Summer School” of the Academy “Andrić” believe that this school is a great success, and we have finally created a shape and a form of action, that other developed areas have for a long time, and this shape and form of action will mean a lot to us Serbs.

Also the participants have spoken about the success of the Summer School of the Academy “Andrić”. “We have enriched our knowledge about the First World War, the authors of which we knew nothing and whose works have been neglected,” said Teodora Micić, a student of Faculty of Philosophy in Niš.

Dejan Begovic, student of the University in Belgrade points out that the participants of the “Summer School” have started a great thing that will continue to develop the Faculty of Fine Arts, where it will be studied theater, film and other fine arts.

“Love of literature, Ivo Andric and art in general are the things that brought us all together. I am especially glad to be able to enrich my knowledge here in Andrićgrad, in the Andrić Institute,” said a student from Niš, Milica Aleksić, who is for the first time in Bosnia.

Marijana Stojković studies Serbian language and literature at the Faculty of Philosophy in Kosovska Mitrovica and she says that teaching about the First World War has left a strong impression. “Here we have learned many things about our ancestors, literary artists and about our Nobel Prize winner, Ivo Andric. Perhaps we will never have an opportunity like this one,”said Stojković.

Milica Nikolić, was born in Višegrad and now is a student of the University in Belgrade and is proud of because “Summer School” took place right in her town and in the Andrić Institute. “In addition to a wonderful friendship with her colleagues, she will remember this school because of an excellent teaching of our professors who have connected literature and history, and who have conveyed knowledge of the writers whose works and life are related to the First World War,” explained the student.

Another positive result of the “Summer School” in Andrićgrad is the idea of students to launch the magazine in an electronic edition, where will be collected all of their works on the given topic during the educational meetings. Fifthy students from nine Serbian universities, participants of first “Summer School” in Andrićgrad became honorary members of the Andrić Institute, joint institutions of Republic of Srpska and Serbia. 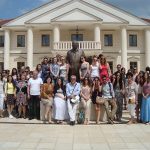 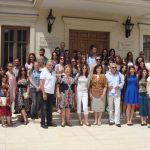 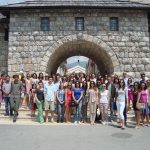 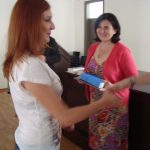 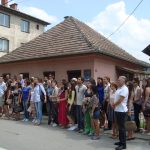 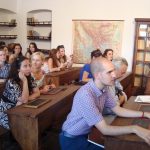 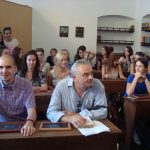